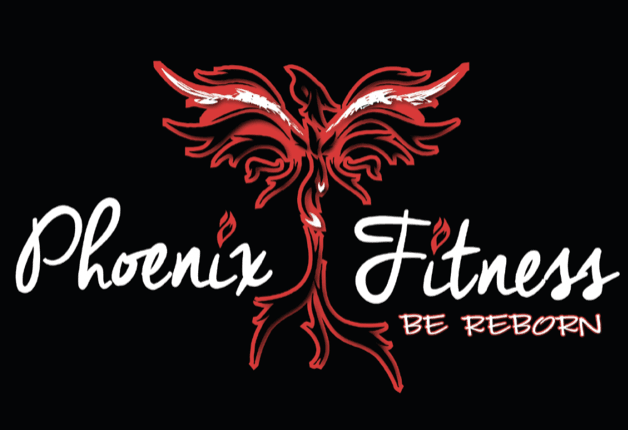 The Phoenix Fitness branding was very important to my client, she wanted it to attract both Men and Women as she felt that sometimes women were intimidated by the whole fitness industry and with themselves being labelled as strong. My client wanted a Phoenix due to trials in own life that she had had to build herself back up from and this was her new start but she also wanted to help others be happy being strong. She wanted them to be the best they could be rather than focusing on what celebrities look like in airbrushed photos.

Firstly we tried out a range of colours but felt blues and greens were too masculine so orange, red or yellow would be used as the highlight colour contrasted against black to make the colour pop. Red was chosen as the final colour due to appealing to both men and women equally. Various phoenix images were drawn but the final one needed to be a strong image so I used the red outline and just touches of white picking out details. I made a wing on each side softer and in white so it stands out too.

The font was chosen to be a lot softer and against the harder red image of the phoenix, it would appeal to both sexes.

The customer was very happy with the final branding and when printed on t-shirts and hoodies it really stands out which she loves.

This website uses cookies to improve your experience while you navigate through the website. Out of these cookies, the cookies that are categorized as necessary are stored on your browser as they are essential for the working of basic functionalities of the website. We also use third-party cookies that help us analyze and understand how you use this website. These cookies will be stored in your browser only with your consent. You also have the option to opt-out of these cookies. But opting out of some of these cookies may have an effect on your browsing experience.
Necessary Always Enabled
Necessary cookies are absolutely essential for the website to function properly. This category only includes cookies that ensures basic functionalities and security features of the website. These cookies do not store any personal information.
Non-necessary
Any cookies that may not be particularly necessary for the website to function and is used specifically to collect user personal data via analytics, ads, other embedded contents are termed as non-necessary cookies. It is mandatory to procure user consent prior to running these cookies on your website.
SAVE & ACCEPT